The neti pot has gained more interest in recent years as a method of addressing nasal allergies and congestion due to colds, flu, and other respiratory issues. As a form of nasal irrigation, the neti pot is nothing new, and it is certainly not the only way to clear the sinuses. In fact, nasal irrigation has been used in many civilizations for centuries and can be traced back to the Hindu practice of Indian Ayurveda and considered a personal hygiene ritual to be performed daily.

A neti pot or other nasal irrigation device is used to deliver saline water to the nasal cavities to remove mucus and dirt, thereby clearing the nose; sometimes a piece of string was also utilized instead of water. Today, along with the neti pot, nasal irrigation methods include saline nasal spray and nebulizers to moisten the mucous membranes. 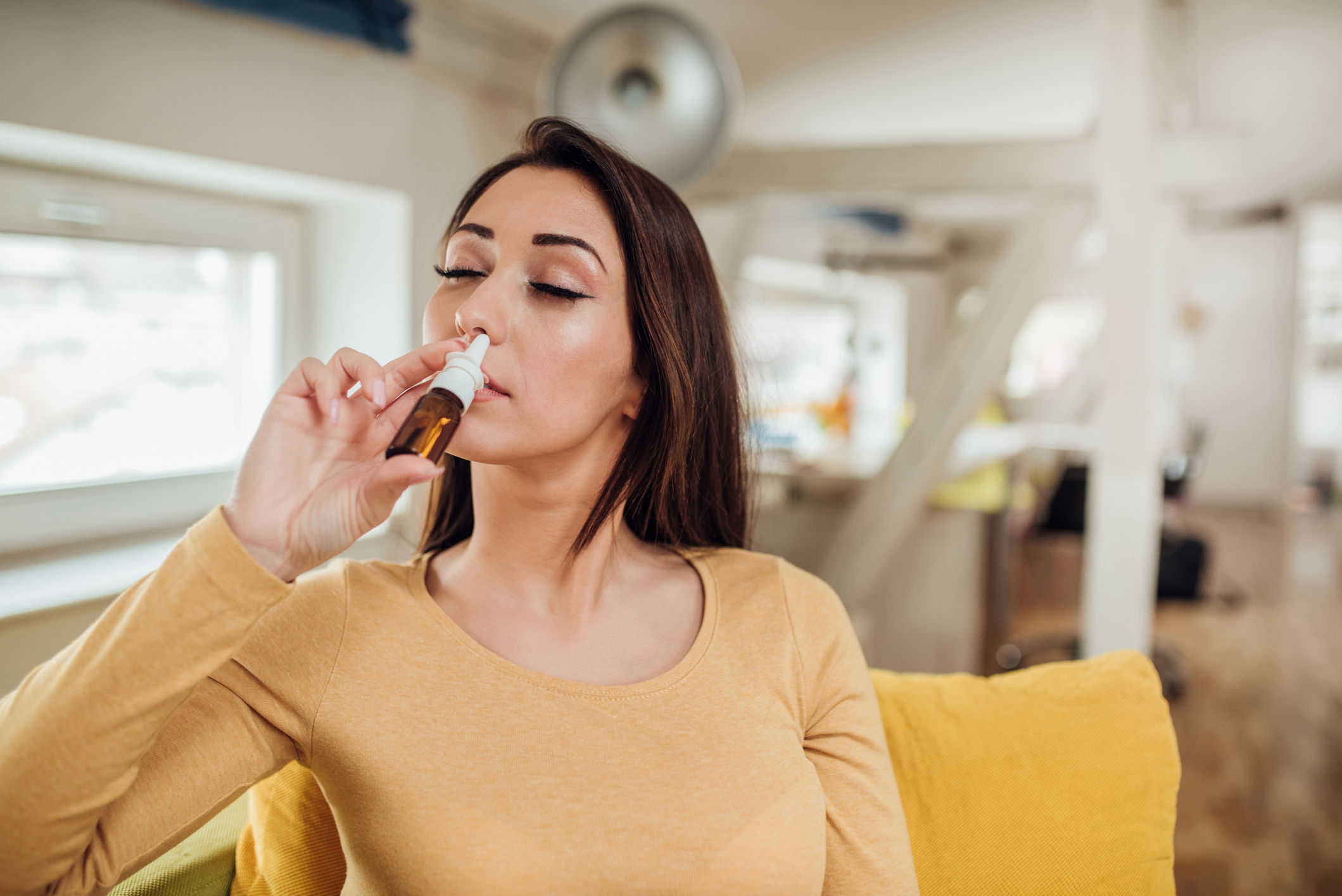 Nasal irrigation helps the body get rid of pathogens that cause irritation and infection. The cilia in the nose trap dirt, bacteria, viruses, and other pathogens via a beating mechanism, while mucus captures the organisms and moves them to the back of throat, where they are then swallowed and destroyed in the stomach. This defense method is not, however, perfect, and with the mucosal changes that can occur with allergies, colds, and flu, it can be difficult for the cilia to keep trapped particles moving along.

With nasal irrigation, the mucus is thinned and helps to keep the cilia beating and moving bacteria, viruses, and other pathogens from the nose. Nasal irrigation also helps relieve sinus congestion by reducing inflammation—a major cause of blocked sinuses. Nasal irrigation is often used in conjunction with other treatments such as nasal steroids and antibiotics.

An alternative to using a neti pot is utilizing a nasal wash designed to irrigate the nose, but instead with a blend of essential oils and other immune-boosting ingredients rather than saline. Used for a variety of nasal and throat issues, a nasal wash may provide support for postnasal drip and congestion due to colds, allergies, or the flu.

Key ingredients of such a nasal wash may include:

Used by ancient civilizations to control infections, this mineral may kill certain pathogens by binding to and destroying proteins. It is often used for upper respiratory infections and many other conditions, and also extensively within the dental field and wound dressings due to its antimicrobial properties.1

Found in skeletal muscle, carnosine is associated with a universal biological mechanism of influenza destruction.2 It also contains compounds that function as a natural biological preventative and barrier against influenza virus infection.2

The volatility of essential oils enables them to easily reach both the upper and lower respiratory tract via inhalation.3 Oils such as clove, cinnamon bark, eucalyptus, thyme, pine, and others have been evaluated for effectiveness against pathogens such as S. mutans, S. pyogenes, Haemophilus influenzae, H. parainfluenzae, and Moraxella catarrhalis.3 In one study in which essential oils were tested, cinnamon bark was shown the most effective against all investigated pathogens, with MIC values in the range of 15.62-90 μl/L.3 Thyme and clove oils also demonstrated promising antibacterial activity against respiratory tract pathogens.3

This well-studied polysaccharide is a natural immunomodulator, anti-inflammatory, and anti-infective, and is used as a therapeutic preventative for respiratory tract infections.4 Clinical trials have shown a potential role of β-glucans in modulation of mucosal and systemic immunity with positive effect on selected inflammatory markers.4

MSM is commonly used as an anti-inflammatory agent and has been shown in an evaluation of its effect on season allergies to improve upper respiratory symptoms throughout 30 days of supplementation.5