The first GMO animal product is here and consumers have mixed feelings. 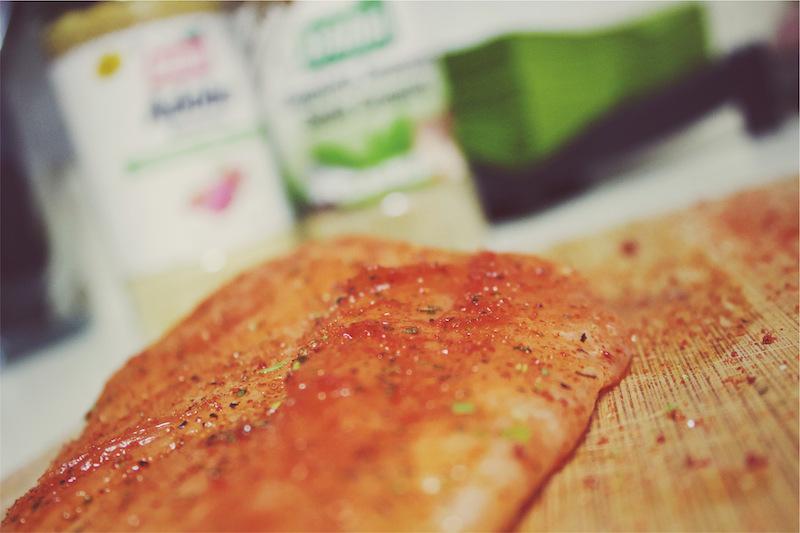 AquaBounty, a company that prides itself on innovating sustainable seafood practices, has engineered an Atlantic salmon that contains a hormone-producing gene from an eel-like creature called an ocean pout.  Complete with the clever moniker AquAdvantage, this fish is the first animal GMO product that will be widely available to consumers.  Falling under the parameters that all GMO products do, AquaBounty will not required to label the new hybrid fish any differently than conventional salmon.  Predictably, there has been a significant backlash against the FDA’s controversial green light of this experimental product.  Not only does it raise concerns as to whether or not it is safe to eat, consumers and environmental organizations are worried about the impact a bioengineered fish will have on our delicate ocean ecosystems.

The biggest difference between the new AquAdvantage salmon and what we currently see in supermarkets is that the AquAdvantage salmon has been modified to grow twice as fast as any other salmon.  This enables AquaBounty to produce fish that are market weight in a mere 18 months as opposed to 3 long years.  Arguing this is in favor of the consumer, AquaBounty claims this will not only boost their sales but also bring down the steep prices of salmon.

Unsurprisingly, some consumers have a problem eating a fish whose origin is a petri dish.  While the FDA and AquaBounty claim that this fish will be perfectly acceptable for consumption, there have been no long term studies to prove otherwise.  Additionally, studies on other GMO products have suggested that long-term consumption may lead to heart, liver, and kidney damage as well as an increased risk of certain types of cancers.

If that is not disturbing enough, AquAdvantage salmon is considered by the FDA to be an animal drug, not a human food.  A similar approach is used with other GMO products such as corn, soybeans, and potatoes.  Currently, GMO products are used in approximately 80% of processed foods and there is absolutely no labeling required.  You and your family may be eating vegetables whose ancestors were garnered in a laboratory and not even know it.

In addition to the mounting health concerns, the salmon faces massive skepticism from environmental agencies.  Opponents challenge AquaBounty with the high probability that some salmon may escape into the wild.  With their rapid climb to maturity, it is not difficult to conclude AquAdvantage salmon could easily outcompete wild salmon and thrive.  A study published in the Proceedings of the National Academy of Sciences estimated that if only 60 GMO salmon made their way into the oceans, the wild populations of salmon could become extinct in as few as 40 fish generations.

To counter fears, AquaBounty claims that their fish will be raised in land-based pens and sterilized.  However, an FDA study found that as many as 5% of the salmon were capable of reproducing after so called sterilization.  The FDA also did not want the fish raised on US soil due to extreme concerns of environmental impact.  Resourceful as ever, AquaBounty noted the lenient environmental laws in Panama and decided this should be ground zero for their first batch of fish.

AquaBounty would like you to believe that the only difference their fish exhibit is their propensity to grow rapidly but that is not the case.  These fish have been altered on a molecular level and their behavioral patterns have shifted.  Traditionally a schooling fish, AquAdvantage salmon are reclusive and prefer to spend their time alone, searching for food to support their massive metabolism.

Under the lax regulation of the FDA, AquaBounty is free to create new species just to satisfy sales margins.  In this world of instant gratification, our diets have been poorly considered as we turn to the cheapest and quickest sources of food that are often devoid of nutrients and flooded with chemicals that shouldn’t be anywhere near our dinner plates.

Even before the dawn of AquAdvantage salmon, doctors have been recommending you increase your intake of wild salmon and decrease that of farmed Atlantic salmon.  This is because farmed salmon are raised in overcrowded pens and fed food laced with antibiotics to protect against the parasites, bacteria, and other contaminants present in fish farms.  Atlantic salmon is also high in toxic chemicals such as PCBs, dioxins, and heavy metals.  Just what I want with my mashed potatoes.

If you are concerned about the origin of your salmon, choose fish that are responsibly sourced and wild caught.  Stores that have already opted out of carrying AquAdvantage salmon are Whole Foods, Trader Joe’s, and Aldi’s. For more information on GMO products and how to weed them out of your diet, you can visit Non-GMO Shopping Guide or download the True Food mobile app.