The Medicinal Use of Mushrooms phone

The Medicinal Use of Mushrooms

The Medicinal Use of

One man’s fungus is another man’s medicine. Mushrooms have been used for medicinal purposes for thousands of years, from Greek physician Hippocrates identifying the amadou mushroom (Formes fomentarius) as an anti-inflammatory, to the use of puffball mushrooms (Calvatia) by the first North Americans for wound healing.1 Only recently have mushrooms gained some acceptance in Western medicine as having medicinal properties of great value for patients. 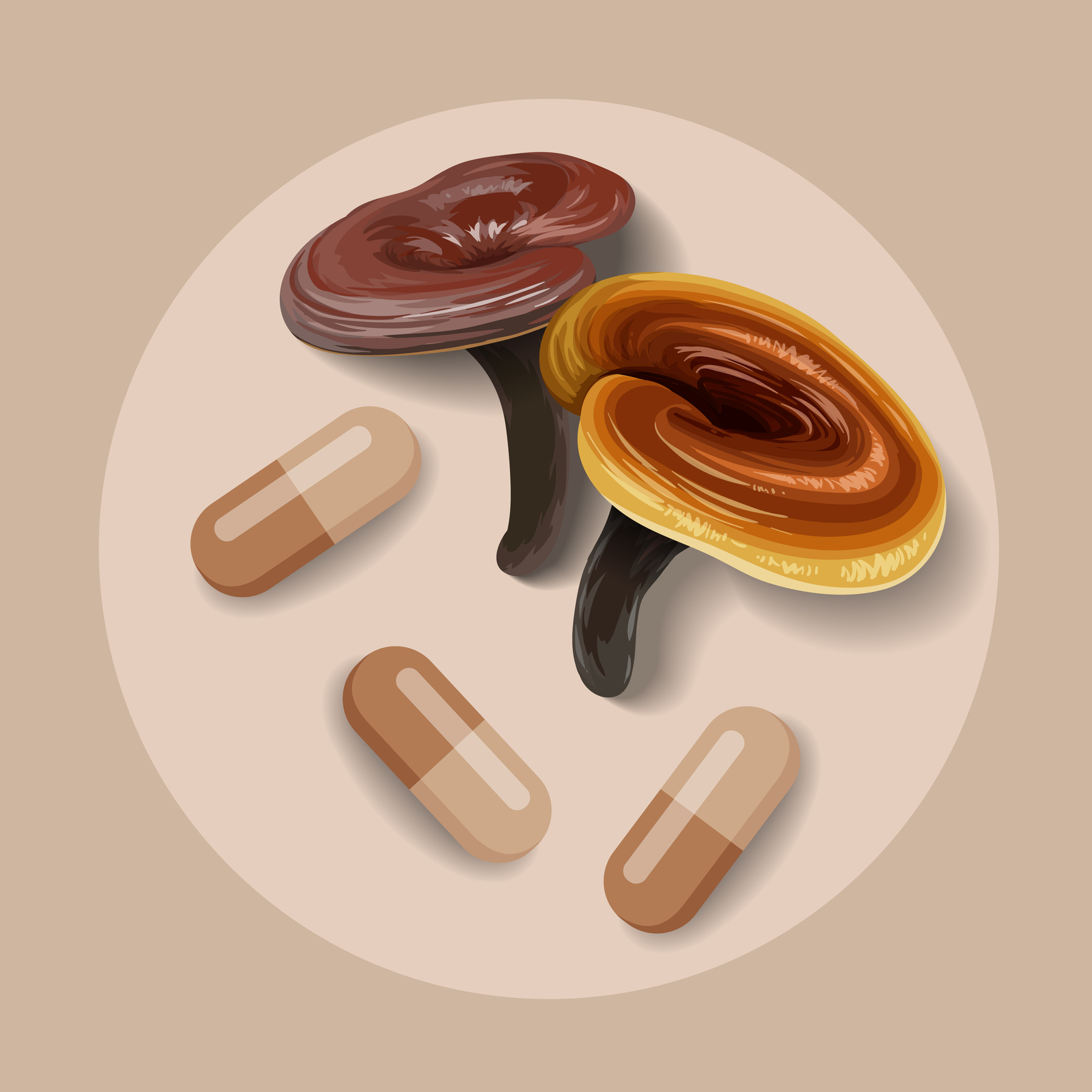 Featuring a vast array of active constituents, mushrooms affect receptors in the human body that bind specifically to nonhuman derived carbohydrates, proteins, nucleic acids, and glucans.1 These receptors bind to b-glucans produced in mushrooms, and stimulate the immune system.1 While the content and type of biologically active substances varies among strains of edible mushrooms, mushrooms have generally been shown to be an alternative source of new antimicrobial compounds such as terpenes, steroids, and quinolones, but also as providing primary metabolites such as peptides, proteins, and oxalic acid.2 Glycoproteins, polysaccharides, lactones, sterols, and metal chelating agents are some of the additional bioactive substances found in mushrooms.2 These substances appear to enhance cell-mediated immune responses, including immunotherapeutic properties that facilitate growth inhibition and destruction tumor cells.2 Many of the mushroom polysaccharide compounds have been observed in clinical trials, with a total of 126 medicinal functions that are thought to be produced within certain mushrooms.2

Of the polysaccharides found in mushrooms, there exists specific carbohydrates such as rhamnose, xylose, fucose, arabinose, fructose, glucose, mannose, mannitol, sucrose, maltose, and trehalose.2 B-glucans are the main polysaccharides found in mushrooms, with almost half the fungal cell wall mass constituted by them.2 B-glucans are responsible for anticancer, immunomodulating, anticholesterolemic, antioxidant, and neuroprotective activities in many edible mushrooms.2 Also recognized as potent immunological stimulators in humans, B-glucans have demonstrated capacity for treating several diseases and bind to membrane receptors to induce these biological responses.2

Strains of mushrooms that are used medicinally must be heated in order to release their beneficial properties, such as making a mushroom tea, a hot water extraction, or a hot ethanol extraction. These strains include Chaga (Inonotus obliquus), Maitake (Grifola frondosa), Cordyceps (Cordyceps sinensis), and Agaricus blazei (Agaricus subrufescens).  Cordyceps, Maitake, and Agaricus strains contain b-glucans, while Chaga contains many antioxidant constituents such as melanin, superoxide dismutase, and triterpenes and is used for restoring vitality and maintaining health. These strains are by no means exhaustive, as there are many more such as Reishi, Lion’s Mane, and Shiitake that offer a host of beneficial immunomodulating constituents that may help support your patients’ health and wellbeing.

The Medicinal Use of Mushrooms phone